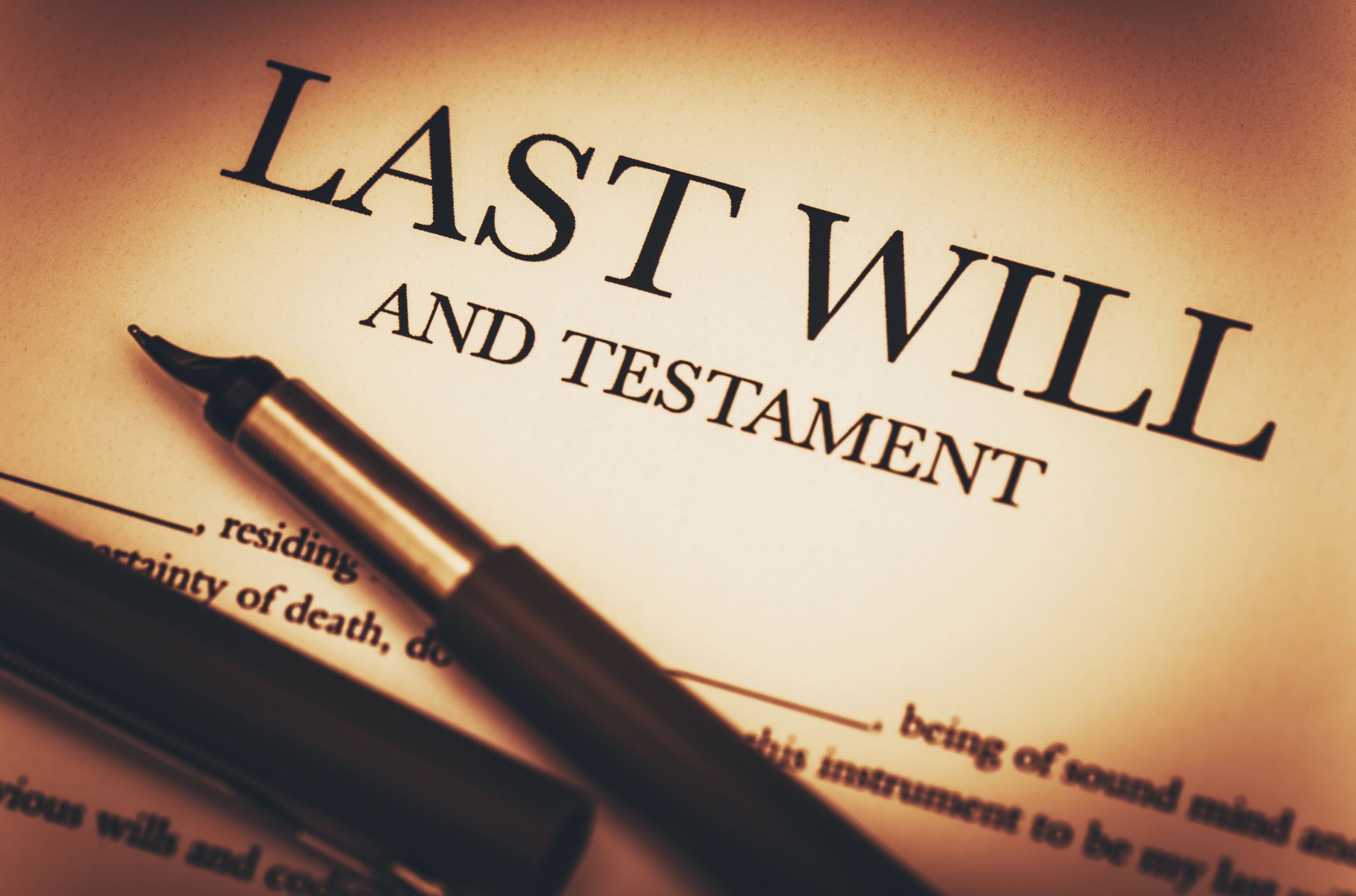 The death of a loved one is never easy and people often have trouble dealing with the practical details in the aftermath such as probate. In the cases where the deceased has left a Will the process is generally straightforward as the Personal Representative (the person, bank, or trust company appointed by the judge to be in charge of the administration of the decedent’s probate estate) simply has to go through the Probate process to ensure that the wishes of the deceased are carried out in accordance with the provisions of the Will and the estate is distributed accordingly.

However, in circumstances where there are allegations about the validity of a Will or whether it truly reflects the wishes of the testator (person who makes a Will) emotions run high and some people may feel that they have been treated unfairly or that the testator’s wishes were not followed. These issues lead to some people challenging the whole Will or some of the provisions in the Will. This is not a separate procedure but rather falls within the existing probate proceedings. In Florida, no one can contest a Will before the death of the testator.

If you wish to contest a Will you must file a petition with the probate court dealing with the probate process asking that the whole Will or certain provisions in the Will be deemed invalid and you must state a recognised ground for doing so such as the ones listed below. Evidence would then be presented following the rules of the court in the form of documents or witness testimony. It is advisable that you consult with an attorney in order to make sure you have a valid claim, that you adhere to the time limits and that you follow the proper procedure.

Who can contest a Will?

Not just anyone can contest a Will. You must have proper legal standing. In Florida only an interested person may contest a Will. An interested person is defined by Florida Statute S. 731.201(23) as “…any person who may be affected by the outcome of the particular proceedings involved.” This a broad definition which can include the personal representative, the deceased’s spouse, children, beneficiaries, creditors or trustees.

If you think that you are an interested person but was not served notice then you need to contact a lawyer to find out if you have a valid claim or not.

The request for notice in a Florida probate administration is governed by Florida Probate Rule 5.060. Under Florida Probate Rule 5.060(a), “Any interested person who desires notice of proceedings in the estate of a decedent (the person who died) or ward may file a separate written request for notice of further proceedings, designating therein such person’s residence and post office address.” A copy of the request for notice must be served on the attorney for the personal representative for the probate estate. According to Florida Probate Rule 5.060(b), “A party filing a request shall be served thereafter by the moving party with notice of further proceedings and with copies of subsequent pleadings and documents as long as the party is an interested person.”

When can you contest a Will?

In Florida according to Chap 733.121.(2) (c) interested persons will receive a Notice of Administration when a Will is being probated and anyone wishing to contest the Will has 90 days after the date of receiving this formal notice to file a lawsuit.  If a Formal Notice of Administration has been received before the Will is entered into probate the time limit will be shortened to 20 days. These time limits may only be extended if the Personal Representative stated a wrong time period in the formal notice served on interested persons.

Grounds for Contesting a Will

Even if you are an interested person you cannot just contest a Will because you feel that you have been left out of it unfairly or not received as much as you should have. Here are the five main grounds for contesting a Will (there are others):

Improper Execution of the Will

This is the simplest ground to prove. A Will is a legal document which is required to be executed with certain requirements in order to be deemed properly executed. It must be:

If any of these requirements are not complied with the Will be deemed invalid.

This challenge is based on whether someone who substantially benefits under the Will has made the testator write or change the Will in order to procure that benefit or to remove or reduce the benefits of another beneficiary under the Will. This is usually a relative, friend or caregiver. It is not mere persuasion that must be proved but rather that the testator was coerced or was so influenced or pressured that his free will was taken away.

A person must be of sound mind to make a Will. That means that they must have the mental capacity to know the extent of his or her property, understand what he/she is doing, know who his/her heirs are, and understand the practical effect of making a Will.

In Florida it is not enough just to show evidence that the testator suffers from old age, diminished capacity, physical incapacity or memory loss. It must be established that the testator lacked capacity at the time of signing the will. For example, an Alzheimer’s patient may have moments of lucidity in which they are able to execute a Will.

Evidence should be offered to show the testator’s mental condition before and after signing the Will and evidence that the mental incapacity was continuous and/or permanent. This can be done through the production of a medical diagnosis of conditions such as chronic dementia or psychosis and/or the testimony of physicians or other witnesses of irrational conduct on the part of the testator around the time of the execution of the Will.

This ground applies to the situation in which a testator, against all evidence to the contrary, believes something that is not true, and creates or changes a Will based on the insane delusion. This can be proved through the testimony of physicians or witnesses who can testify that the testator’s beliefs are not based on reality. An example of this would be if the testator believes that her children are trying to kill her and changes her Will to exclude them.

If there is no or insufficient evidence of any of the above grounds then the Will could be deemed valid and probate will proceed as normal.

If grounds such as testamentary incapacity are proved then the entire Will may be declared invalid and any prior Wills may be considered valid or if there are no other Wills the rules of intestacy will apply.

If, as in the case of fraud or undue influence, only some of the property is affected then the Personal Representatives may be ordered by the court to distribute the other property according to the other provisions in the Will.