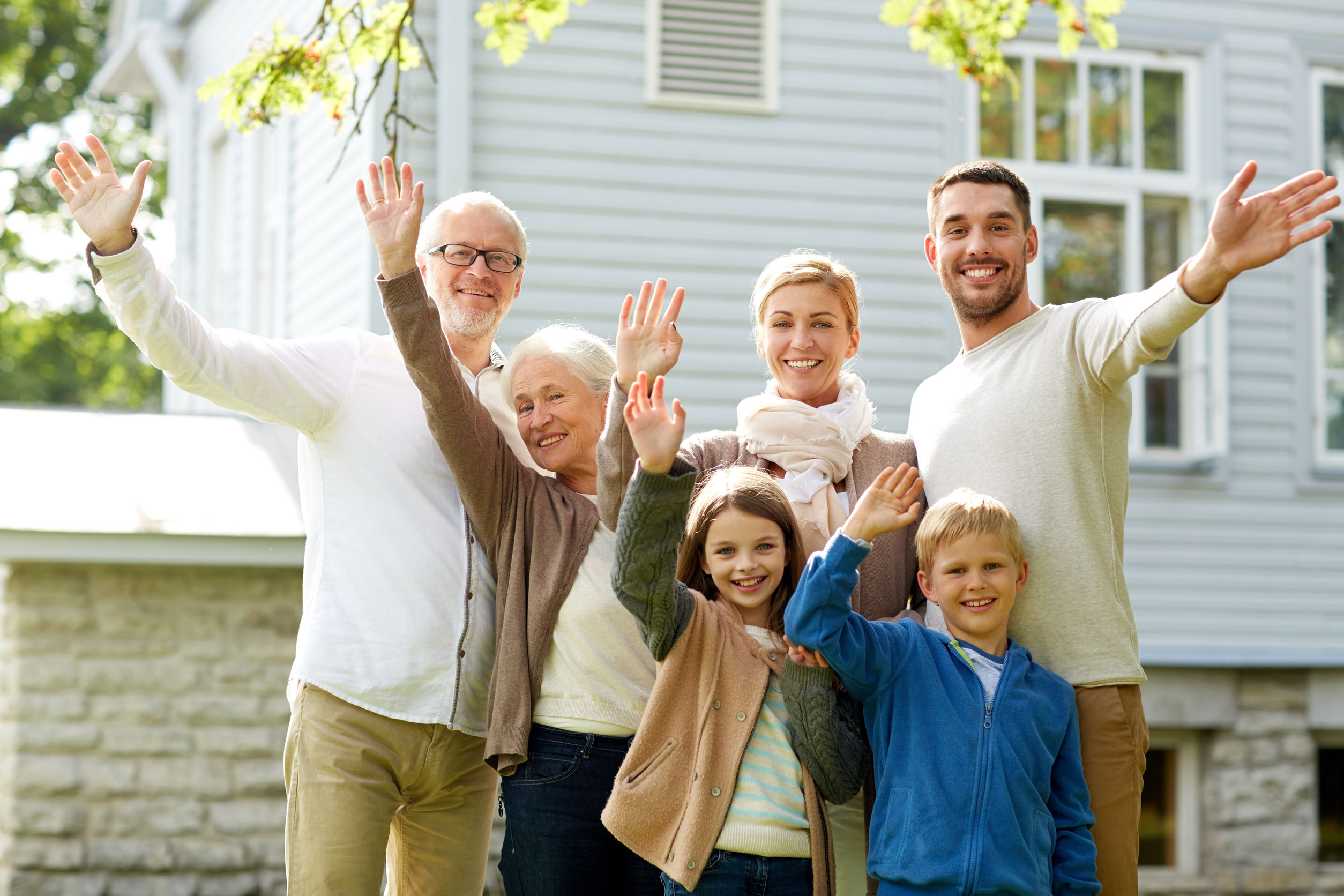 At one time, Americans envisioned the ‘typical’ family as including two heterosexual parents and two or three children. Today, however, the concept is far more diverse, with a wide variety of arrangements now believed to qualify as a true family. This change in attitude reflects not only the increasing prevalence of single-parent families, but also, the rise of a blended approach, in which several people who may or may not be biologically related live together.

The blended family can be difficult to define, in part, because it takes so many forms. Often, it involves children living with stepparents. Their stepmother or stepfather may be married to their biological parent, but many take on a parental role without marriage. In other cases, blended families may include grandparents, aunts, uncles, or other extended family members. These individuals may develop strong bonds with the children in their household, even if they are not, strictly speaking, parents. Children also commonly live with half-siblings or kids with whom they are not biologically related.

Given the complexities inherent in the makeup of the modern blended family, it’s easy to see why divorce makes the process of ‘unblending’ so difficult. This is true from both a legal and an emotional perspective. With several adults enjoying strong bonds with the children in these families, determining an appropriate custody and timesharing approach can be frustrating, at best. To that end, we have highlighted a few of the most significant concerns involved in custody and timesharing negotiations for blended families — as well as creative solutions that promote the best interests of the children.

Emphasizing Relationships With Both Parents

Florida courts deem it in the best interest of children to maintain “frequent and continuing contact with both parents” after divorce or separation. Section 61.13 of the Florida Statutes explains that there is “no presumption for or against the father or mother of the child or for or against any specific time-sharing schedule.” In other words, courts should take a neutral stance, assuming that children are happy and healthy — and that the timesharing arrangement allows them to spend time with both parents.

Because Florida prioritizes ongoing relationships with both parents, a great deal of thought goes into the process of developing a timesharing schedule. This is particularly true in blended families, as the needs of several children must be taken into account. While timesharing specifics vary greatly from one family to the next, most plans in Florida will be designed to maximize relationships between parents and their children while also limiting disruptions to the child’s way of life.

The Value of the Highly Structured Parenting Plan

Florida courts divide parenting plans into several key categories, which largely reference the amount of detail these arrangements involve. Safety-focused plans — in which contact with one parent is limited or supervised — may exclusively outline times and days for visits, while basic and long distance plans go further into detail. In a blended family, a highly structured plan may be the best option.

Highly structured plans are typically preferred when parents struggle to agree on multiple aspects of timesharing. With blended families, there simply are more opportunities for contention, making the need for specificity more urgent. If disagreements make it difficult for parents to remain civil, a highly structured plan can clarify all timesharing considerations and reduce the potential for future conflict.

Sometimes, parents from blended families have little trouble developing standard parenting plans but run into trouble when making arrangements for holidays or summer vacations. Their efforts to get children with different parents together for the same day or week may fall short unless they develop strategic and specific plans. For this reason, Florida parenting plans include provisions for weekly, holiday, and summer contact.

Preferences of the Child

There is no denying that juggling schedules and preferences from multiple parents and stepparents can be complicated, but often, yet another opinion must be considered: that of the child in question. There is no strict age at which this becomes influential in Florida custody and timesharing cases, but child preferences can play into final timesharing arrangements. This is especially common among older children and teenagers, who may seek more time with one parent or family unit over another.

The Role of Stepparents

In Florida, stepparents have no legal right to timesharing with children with whom they are not related biologically or by adoption. Still, their presence (or lack thereof) can factor significantly into timesharing negotiations. Some parents may voluntarily choose to develop timesharing plans with previous or current stepparents in mind — particularly if the bond between the stepparent and child is strong enough that a permanent rift would cause the child distress.

Because their rights are so limited in the event of separation or divorce, stepparents who are closely bonded to their stepchildren often choose to pursue adoption. When successful, this allows them to have a say in key decisions made on the child’s behalf while also granting them parenting time if a divorce or separation ever occurs.

Florida blended families increasingly include grandparents, who may reside with their grandchildren or provide childcare during the day. As with stepparents, however, grandparent rights are limited in the state of Florida. Grandparents can seek visitation under the following circumstances:

Additionally, grandparents can petition for the termination of parental rights and the ability to adopt when both parents have abused or neglected their children.

As difficult as it can be to arrive at a timesharing agreement, this may suddenly need to change as new circumstances arise. For example, if a parent or stepparent needs to relocate for a job, the entire timesharing plan may be called into question. Even seemingly minor changes such as holiday arrangements can complicate matters when dealing with children from various households. Thankfully, it’s possible to petition the court to make a variety of modifications to existing timesharing plans.

Modifications are often required at the outset timesharing negotiations for blended families. Newly married spouses who welcome stepparents and their children into blended families must still honor the rights of other parents. They should also make a concerted effort to maintain relationships with children from previous marriages or partnerships, even if they no longer live together. Flexibility and compromise from all parties involved are key to developing and adjusting arrangements that meet the needs of children from blended families.

The Role of the Family Lawyer

Given the complications of determining timesharing within a blended family, strategic legal representation is crucial. Family lawyers can help parents come up with creative solutions that allow all children from blended families receive the care and attention they deserve. Attorneys can also assist with complex cases involving stepparents or grandparents. Legal support can remove much of the stress and confusion from the timesharing negotiation process, paving the path to a harmoniously blended family structure.